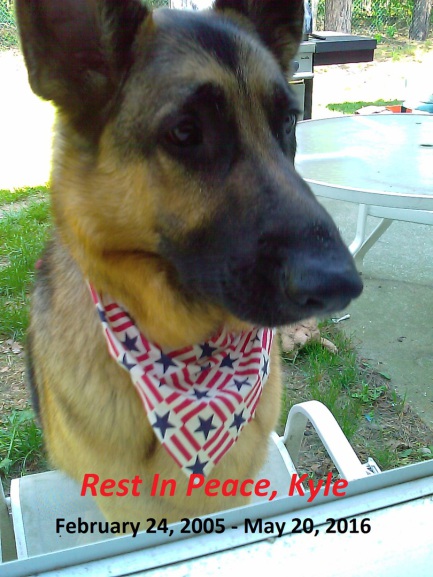 Rest in Peace My Dear Friend. You Will Be Missed.

My name is John and I live in Howell, New Jersey.

I am currently retired from the Port Authority of New York and New Jersey (previously with the headquarters in the World Trade Center), at the Tech Center in Jersey City, after almost 33 years, where for most of the time I was  an Electronic Systems Specialist.

I was also fully involved in the administration and maintenance of the mobile data system used by the Port Authority Police. This encompassed a Stratus ftServer and close to 400 Mobile Data units (various generations of Panasonic Toughbook computers), their repair and development of hard disk images. It was all work that I loved doing even though at times it became a wild ride. Many thanks to Danny, Bogdan, Peros and Mike who worked with me during this period.

So, what's the history behind "Fuzzy John"? At work there was another John. To tell us apart he was named "Smooth John" and I was named "Fuzzy John" because of my beard. Back in the early 90s when I started with America Online all me screen name choices were taken. On a whim I tried "Fuzzy John" and it was available.

A few years later I broke away from AOL's shackels and signed up with a local ISP: Monmouth Internet. In June of 2002 I took the "next step" and I registered the "fuzzyjohn.com" domain and I signed up with Feature Price for hosting my new domain. Almost a year later Feature Price went belly up and I moved to PowWeb. Unfortunately my stay at PowWeb was short. The service seemed to have a lot of speed issues. About two weeks into my trial period I decided to make another move, and I chose iPowerWeb as a host. Three years later I switched to 1&1.

I am an avid user of Microsoft Windows. I started with Windows 3.0 and continued all the way to Windows 10. I took the plunge into Windows 95 as a lot of other people did, when Microsoft initiated the Final Preview Program.

Since 1995 I participated in a few beta tests. The first one was Norton Antivirus for Windows 95 and Norton Utilities for Windows 95. A few months later, since the Backup applet that is included with Windows 95 did not work properly, I became involved with beta testing Arcada Backup for Windows 95. I participated in testing version 1.0 and 1.1 and later (after Seagate Software acquired Arcada Backup) version 2.0. Seagate Backup Exec has made its way into Windows 98 as the Windows Backup Applet, replacing Colorado Backup. While on AOL I was pretty much involved (as a faceless user) in beta testing the America Online software versions 2.0 to 4.0. Other beta programs that I was involved in are Microsoft Internet News 1.0, Microsoft Internet Explorer 3.0,Microsoft Internet Explorer 4.0, WebEdit 2.0 Professional, The DeskTop Set 6.0 by Okna Software, WinZIP, ActiveTree View by Sheridan Software Systems, WhereIsIt?, HyperClip by RISK Softworks, C-Organizer Professional v2.0 by C-Soft Labs, PerfectDisk v6.0 by Raxco Software, PerfectDisk v7.0 by Raxco Software, PerfectDisk v8.0 by Raxco Software and in a more limited way I was involved in the open beta for Microsoft's OneNote program. I can say that I am an un-official beta tester for doOrganizer v1.x by GemX Software. I was also involved in beta testing several programs for the Windows CE and PocketPC platforms, such as TimeTTracker 2000, Grundle Explorer, Grundle RegEdit CE, Pocket Soft Factory Calorie Tracker, GigaBar v1.9x and GigaTask v2.0x by ThumbsUp. I was also involved in testing PocketBlinds for the PocketPC platform, but currently I put that on hold because of the slow progress with the project. MY last activity in the PocketPC world was beta testing PocketBreeze and ContactBreeze by SBSH.

As far as music is concerned I can listen to a wide variety from classical to today's pop. I like listening to older performers such as Jimi Hendrix, Deep Purple, Cream, Uriah Heep, Led Zeppelin but spot #1 is taken by Pink Floyd, to which I was introduced in my late teen years back in 1973. Who can forget "The Dark Side of the Moon"? In July of 1994 I was able to see them live at the Giants Stadium in New Jersey with their "Pulse" tour and see a full live performance of "The Dark Side of the Moon". Ironically there was almost a full moon hovering above Giants Stadium at he time.

As a teen I played the guitar in a little known band named Linx (See My Pictures | Meet Linx). Later, as I became involved with life, guitar playing first dropped to the background and then stopped completely. But now it is time to get back into it. While there are many things you do not forget about playing the guitar, the fingers are stiffer and have a tendency to become tangled in the strings. I have quite a lot of work ahead.

I put to use some of the free time I had after retirement and I built 2 electric guitars named Lynx I and Lynx II, just like the band, but with a "y". They complement the other 4 guitars I have: Fender Stratocaster, Epiphone Riviera P93, Dean Boca 12 String and Ibanez AX120.

While I do not consider myself a photographer, I do like taking pictures. And since the advent of the digital cameras this is even easier now. You can see some of the pictures I took in the past using my Olympus D500-L digital camera, the Fuji FinePix6900 digital camera and the Konica Minolta Maxxum 7D Digital SLR camera. Currently I use a Nikon D7100 camera.

Thank you for stopping by and visiting my page.